LAWRENCE — The Institute for Digital Research in the Humanities at the University of Kansas has announced the newly selected fellows for the 2020-2021 program focusing on the ethics, politics and techniques of digital storytelling.

From a competitive pool of applicants of KU faculty, staff and graduate students, the 10 fellows were selected to join IDRH in a yearlong, institutionwide conversation about issues in the digital humanities.

Each fellow will participate in working groups twice a semester (virtual or in-person), attend presentations by the IDRH colloquium speakers and commit to workshopping digital humanities projects, which they will present at a final Digital Humanities Fellows Symposium. The fellows will be paid a $,1000 stipend. 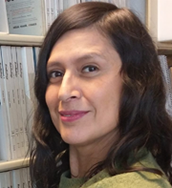 L.Marie Avila, undergraduate engagement librarian for KU Libraries, will use digital storytelling in support of Indigenous ways of knowing. She wants to share the compelling theme of self-determination and sovereignty within Indigenous librarianship. Avila will apply Indigenous research methods in order to meet the needs of this project and ethically center Indigenous librarians and information specialists from historically underrepresented groups. This research project aims to provide a decolonized version of librarianship using digital storytelling techniques that she will learn during this fellowship. Avila plans to make a map-based visualization that demonstrates the outreach and intersections of transferable knowledge among Tribal College and University (TCUs) librarians by utilizing the landscape to capture the localities of TCUs, ALA-accredited library and information science graduate programs, and state flagship universities. Avila's motivations for this project include the scholarship on the Classification Bias in the organization of American Indian materials in libraries, data about librarians’ demographics, and the retention and graduation rates of American Indian/Alaska Native (AI/AN) students in higher education. 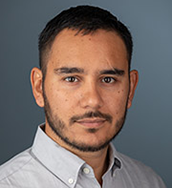 Ignacio Carvajal, assistant professor in the Department of Spanish & Portuguese, looks forward to exploring the relationship between digital pedagogy and digital humanities and building on his work designing online educational materials in K’iche’ — a Mayan language spoken in the highlands of Guatemala. As a long-term goal, he hopes to create a digital repository of materials not only for K’iche’ language learning but also for the exploration of literature, art and thought arising from Iximulew and the rest of Central America. Carvajal plans to create a first batch of K’iche’ language materials anchored around the story of Manuela Petronila Tahay Tzaj, K’iche’ teacher and assistant instructor in K’iche’ lessons at KU. The lessons will center Tzaj's experience as an educator and provide a reflection on contemporary K’iche’ language and culture in Nahualá and Iximulew at large. 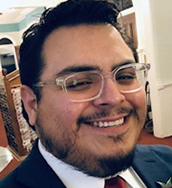 Bobby Cervantes is a doctoral candidate in the Department of American Studies at the University of Kansas. His research asks how the working poor’s struggles, ideologies, and cultures expose the pervasive influence of class exploitation on the nation’s development into an industrial and global capitalist hegemon. He is at work on his dissertation, “Las Colonias: The Housing of Poverty in Modern America,” which historicizes the more than 2,000 rural, unincorporated communities (las colonias) on both sides of the U.S.-Mexico border where poor families have lived for more than a half-century. Using property records, media accounts, oral histories and government archives, his dissertation argues that the colonia project has formed a new transnational territory of poverty. A Texas native and journalist, Cervantes has published his work in the Houston Chronicle, Texas Monthly and Aztlán: A Journal of Chicano Studies. 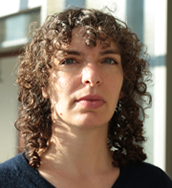 Germaine Halegoua, associate professor in the Department of Film & Media Studies, is in the process of researching and writing a manuscript about dark fiber networks in the U.S. that intervenes in pressing debates about digital divides, corporate models of internet architecture and ownership, and offers new insight into the ideologies and social decisions that structure internet connectivity. Dark fiber networks are fiber-optic networks purposefully constructed as inactive and are practically invisible to urban and rural populations—not only are they dormant and hidden under layers of concrete or dirt, but their exact locations are also obfuscated. Her research consists of two parts that rely on collecting and analyzing digital stories: tracking the network itself and locating traces of the social decisions and policies surrounding network installation, use and non-use. In addition to a conventional manuscript, she plans to create an interactive map embedded with interview segments, infrastructure design blueprints and annotated photographs of dark fiber routes and access points to accompany the book. 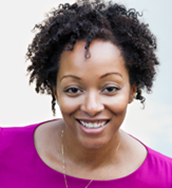 Ayesha Hardison is an associate professor in the departments of English and Women, Gender & Sexuality Studies. Her current book project, "Specters of Black Freedom Struggles," explores the ways late 20th- and early 21st-century African American writers and artists wrestle with the legacy of black freedom struggles in their representations of the Civil Rights and Black Power Movements. Examining portrayals of these campaigns in fiction, film and material culture, Hardison plots a cultural history of this era by analyzing writers’ and artists’ engagement with historical memory. In turn, her project considers how contemporary cultural narratives shape our historical memory of the period. Narratives about this era continue to evolve as the nation commemorates the anniversaries of notable moments in black freedom struggles. Moreover, recent events, including Black Lives Matter protests, renew this history’s significance by exposing its present-day resonances. Hardison aims to deepen our appreciation of the Civil Rights and Black Power Movements by unpacking the conceits embedded in depictions of this history as well as analyze the various narrative techniques used to codify it. She intends to convey the importance of these historical representations with the methods and tools the digital humanities offer for twenty-first-century storytelling. 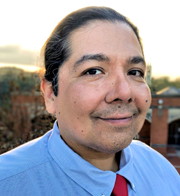 Shane Lynch is a doctoral student in American studies. His work, tentatively titled "Gila River Generations," is a pixel graphic video game that incorporates the traditional stories of the O’odham and Pee Posh peoples of central Arizona. The game will include both culture’s creation stories and languages. The game will be done both in 2D - ¾ overhead view and in scrolling screens (up and side scrolling). Lynch will combine elements of puzzles, RPGs, platformers, hack and slash elements along with cut scenes to the combined stories. The game will have text that will be written in O’odham, Pee Posh and English with plans to expand the language aspect of the game. The game is currently in development with plans to use Unity to produce the game. The goal is to create a learning experience while engaging in traditional storytelling through video games. "Gila River Generations" is a continuation of culture through digital pixel graphics. 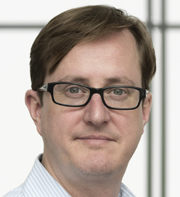 Joey Orr is the Andrew W. Mellon Curator for Research at the Spencer Museum of Art. Each academic year, the Integrated Arts Research Initiative (IARI) at the Spencer Museum of Art organizes an inquiry that is broadly conceived to encompass a large spectrum of practitioners across the sciences and humanities. The 2020-2021 inquiry, “Tending to the Body,” looks at humanities and artistic-based contributions to our understanding of the human body. Because of COVID-19, this year’s inquiry will take a digital form to support interdisciplinary discussions when more traditional ways of gathering pose public health risks. This new digital storytelling format will need to weave together contributions from each member of the inquiry’s cohort. These contributions will take forms as varied as text, audio, and still and moving images. It must also explore and be sensitive to all of the many urgent contemporary issues that intersect with ideas about the body, including race and health equity. With a digital storytelling tool developed for each year’s inquiry, future contributors will be exposed to each other’s work and explore connections in advance of gatherings, lending a new level of depth and consideration to our exchanges. 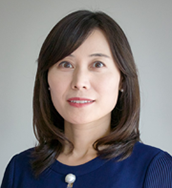 Hyunjin Seo is an associate professor in the William Allen White School of Journalism & Mass Communications. She will examine how to incorporate digital storytelling into her project on online privacy and security for women recently released from jails and prisons. She will adopt a co-design approach working closely with women in reentry currently residing in Kansas and Missouri throughout the process and centering their interests and needs in building related content. Women in reentry will learn and use digital storytelling techniques to tell their own accounts of challenges and opportunities related to online privacy and security. These will then be used to help other women in reentry and soon-to-be-released women learn about issues related to online privacy and security. Properly addressing ethical issues is critical to developing and implementing this project. Therefore, ethics of digital storytelling will be at the core of her fellowship project. Systematic research based on direct interactions with this population is essential to developing a program tailored for these women’s particular needs and interests. The proposed project will help them navigate digital spaces in a more secure manner. 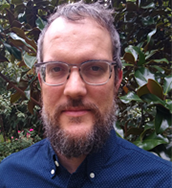 Erin Wolfe is a metadata librarian at KU LIbraries. The goal of Wolfe's project is to provide a case study on a community’s response to a global situation by analyzing local newspapers’ coverage of the COVID-19 pandemic. Using a variety of natural language processing approaches on two Douglas County newspapers, this project will look at the ways in which trends and patterns develop and shift over time through the topics and language used in articles published to the web and what this might tell us. One aim is to be able to contrast these results with similar projects being conducted on a national scale to highlight differences and overlap in themes and coverage between these scopes. A more challenging aspect of this project would be to identify and explore which topics and perspectives are represented and which are lacking from these local published accounts, which may help to bring attention to underrepresented voices in our community. 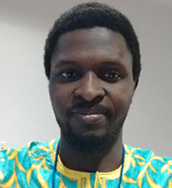 James Yeku is an assistant professor in the Department of African & African-American Studies. Digital Nollywood uses Omeka to collect and exhibit movie posters from what is now considered old Nollywood in Nigeria. In terms of output, Nollywood is the second-largest film industry in the world. Old Nollywood posters, mostly from 1992 to the early 2000s, provide important historical perspectives on the evolution of film in Nigeria. As the most popular film industry in Africa and the African Diaspora, Nollywood serves as a platform for telling the African story, highlighting how the film medium can embody the values, meanings and identities of groups and communities. The stakes of Digital Nollywood consist in the reconstruction of the history of Nollywood through a significant aspect of its production that is rarely discussed in the scholarly community on African cultural productions. A digital archive of film posters on Nollywood enables the preservation and historical documentation of Nollywood’s paratexts, which can be beneficial for scholars and students of film history Nigeria.

Looking for collaborators, expertise, or other scholars with related interests?

Please see our list of affiliated scholars at KU.

Why KU
Apply »
Home to 50+ departments, centers, and programs, the School of the Arts, and the School of Public Affairs and Administration
KU offers courses in 40 languages
No. 1 ranking in city management and urban policy —U.S. News and World Report
One of 34 U.S. public institutions in the prestigious Association of American Universities
44 nationally ranked graduate programs.
—U.S. News & World Report
Top 50 nationwide for size of library collection.
—ALA
5th nationwide for service to veterans —"Best for Vets: Colleges," Military Times